An ultra-rare “Ides of March” gold coin commemorating the assassination of Roman dictator Julius Caesar in 44 BC broke an auction record Thursday when it fetched $4.2 million at London-based Roma Numismatics Limited. The selling price, which includes a buyer’s premium, was more than six times the pre-auction estimate of $650,000. 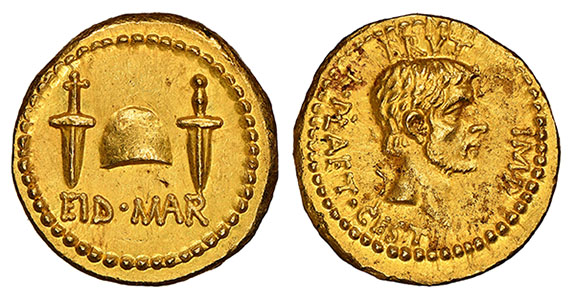 The impressive performance of the nickel-sized coin came as no surprise to Mark Salzberg, Chairman of Sarasota, FL-based Numismatic Guaranty Corporation, the company whose experts in the U.S. and U.K. confirmed its authenticity.

“I’m not surprised it set a world record as the most valuable ancient coin ever sold,” said Salzberg. “It’s a masterpiece of artistry and rarity, still in mint condition after 2,000 years, and only the third known example made in gold. Many of us believed it would sell for millions, and it did.”

The name of the winning bidder was not revealed by Roma Numismatics Limited. According to the auction house, this previously unrecorded coin was closely held in a private European collection for many years.

“It was made in 42 BC, two years after the famous assassination, and is one of the most important and valuable coins of the ancient world,” explained Salzberg. 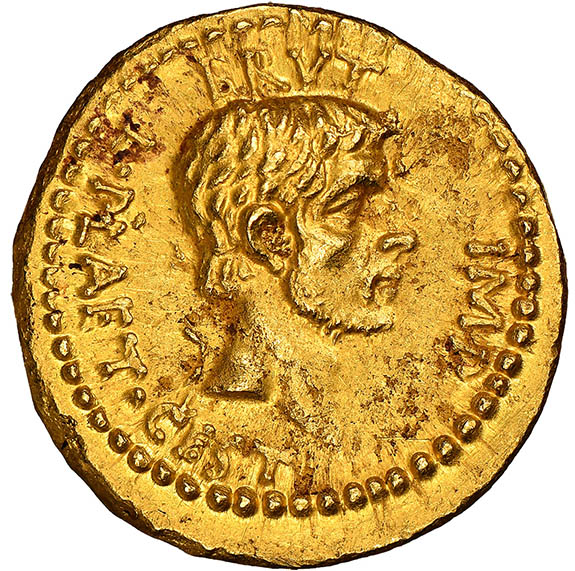 The front of the coin features a portrait of Marcus Junius Brutus, one of Caesar’s assassins, and the other side dramatically depicts two daggers and the marking “EID MAR.” The initials represent the Latin abbreviation for the Ides of March, which corresponds to March 15 on the calendar and is the date Caesar was assassinated. 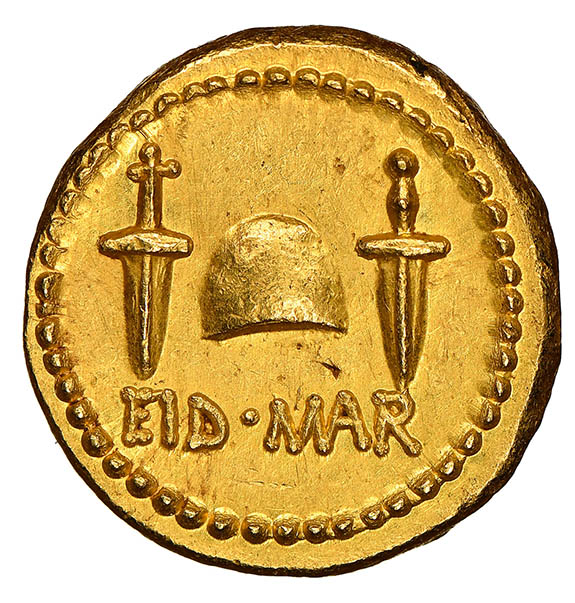 Roma Numismatics explained that the coin represents a “naked and shameless celebration of the murder of Julius Caesar two years earlier, in 44 BC. This brutal and bloody assassination had been prompted by the well-founded belief among the Senate that Caesar intended to make himself king.”

While nearly 100 Ides of March silver coins are known to still exist, this is only the third example known to be struck in gold. Of the other two, one is in the British Museum on loan from a private collector and the other is in the Deutsche Bundesbank collection.

“There were rumors of a third example, and NGC authenticators were excited when this coin was submitted at our London office and sent for evaluation at our headquarters in Sarasota,” said Salzberg. “The coin is only about the size of modern United States five-cent and United Kingdom five-pence denomination coins, but it’s an historic treasure worth far more than its weight in gold.”

While the ”Ides of March” gold coin set a new auction record for an ancient coin, the world record for any coin ever sold at auction remains with the 1794 United States “Flowing Hair Dollar,” the first federally issued coin. That coin — which was also graded by NGC — fetched just over $10 million at an auction in 2013.